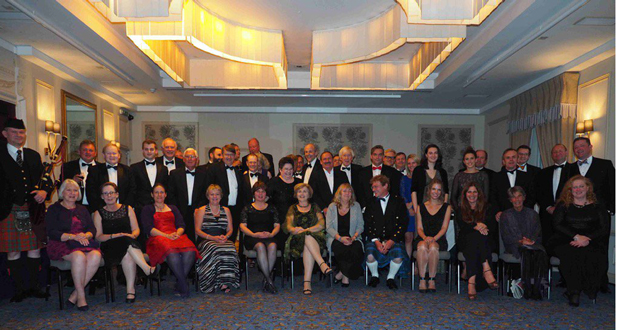 Sebastian Gray, Director at energy management consultancy 2EA and incoming Chair of the Rumford Club explains the benefits for those working within the built environment and engineering services sector of joining the social dining and debate club

For professionals working within the built environment, including FMs working in the engineering and hard services arm of the sector, the opportunity to learn about the latest innovations in the built environment and being kept informed about new regulatory developments is one of the key reasons for joining sector-specific institutes. Membership to such institutes will typically include opportunities to engage in formal learning and attend conferences, seminars and other events. But what is often most appealing to people who join these sector bodies are the social aspects, especially networking events.

The Rumford Club is a little different. The Rumford Club is a private members club that concentrates on the dinner and debate aspects to help stimulate ideas in informal and congenial settings. It is named after Count Rumford, born Benjamin Thompson in America in 1753, who went on to become a fellow of the Royal Society and achieved popular acclaim for his designs for domestic fireplaces.

Founded in 1947 by Engineers Bernard Oldham and Don Sayers to encourage debate and discussion around technical issues such as air movement in buildings, the topics for discussion have expanded over the years but its key remit is still to host regular dinner meetings which are typically held in London with a keynote speaker discoursing on a particular topics around the industry which frames the subsequent debate.

The Rumford Club has up to now been one of the built environment’s best kept secrets but as the incoming Chair for the 2020-2021 season Sebastian Gray promises that will soon change.

“One of my main aims is to grow both membership and dinner numbers. I wouldn’t compare us to CIBSE or IWFM, we’re simply a dinner club which involves hosting six dinners and one black tie event every year, but I feel there are a lot more people in our industry who would want to hear about the variety of topics we cover.”

Currently the club hosts their dinners at the National Liberal Club in London and its Patron is Lord Rupert Redesdale. Last year’s programme included a talk from Dr Scott Steedman, Director of Standards of BSI on standards in the industry; Rudi Klein, CEO of SEC Group on the Post Carillion Landscape and what needs to change to create a vibrant building services sector; and intriguingly, a talk on Medieval thermal comfort by Robyn Pender of Historic England. The clubs black tie speakers are also something to impress. Micheal Foale, the former Astronaut did a presentation titled ‘out of this world critical built environments, how to save a space station’, when he went outside the space station to stop it leaking air.

Member requisites
Membership (1) of the Rumford club used to be on a member recommendation basis and further review and approval by the committee only, but in 2017 the committee agreed to a more open membership policy. This gives people within the industry who may not know a member an opportunity to join by filling in an online membership application, which is then sent to the committee for approval.

Although the club was founded initially for and by engineers, the variety of topics for discussion on issues such as heating, ventilation and achieving zero net emissions are all of relevance to anyone within the built environment, particularly those with a hard FM background. But do you still need to be an engineer to join?

“Definitely not,” says Gray. “I am not an engineer and I’m the incoming chair. You do need an understanding of the basics, but our membership is very varied indeed and your background doesn’t have to be engineering specific, it can be electrical, mechanical, or even architectural.

“We will often discuss some important themes that affect the built environment, meeting the performance gap and getting design engineers to understand that once a building is completed it might be run differently to the way it was designed is a well-known key issue that has been discussed previously.”

The incoming chair decides on the speakers and location of the black tie for their year. The Chair sits on the Rumford club committee which members can join for a maximum of four years. To be considered for a position on the committee, members have to show they regular support and attend dinners. During that time, there is the option of taking the chair position and during your vice chair period plan your year. Only the secretary and treasurer have long standing positions on the committee.

Says Gray: “The diversity of the club is reflected in the range of topics we discuss. We want topics to appeal to as many members as possible, but we’ve found that when we have bigger names or the topic is more engineering focused we get better attendance.”

Membership splits into two broad groups, the established more senior people from the built environment and younger engineers who want the opportunity to network with key influencers from their sector.

Explains Gray: “From my very first and second dinners, I could see the benefits the club brings to the industry, which is why I give my time to help the club grow. You can appreciate the benefits of meeting senior people from the sector. You’re in a room where you get to meet and learn from some very experienced people and for the young engineers out there, to get to do this is a rare opportunity. Members can also get to know others from their sector and find a mutual benefit in helping each other out with project ideas.

“For more senior people it’s a chance to catch up with old friends in an informal non-business led environment.”

COVID-19 situation?
Obviously, the effects of the lockdown on social gatherings have been severe, but as the dinners usually run from October to March, the club hasn’t been hugely affected, with so far, just the March 2020 event being moved.

Says Gray: “We’re currently keeping up with the latest advice and at the moment are continuing to plan as normal unless things change. We worked with CIBSE in July to host the past March topic online.”

As part of its 70th year the club members voted to sponsor a school under the Class of Your Own initiative (2) set up by Alison Watson to encourage students, teachers and parents to recognise careers in Architecture, Engineering and Construction. The club’s charitable arm; R70L, works closely with the adopted school Norbury Manor Business & Enterprise College for Girls, located in Norbury, South London to achieve the requirements of the course.

Explains Gray: “Our support extends to giving members the opportunity to share their knowledge with students. I visited the school in 2019 and conducted an energy audit with the girls and I was genuinely blown away by their enthusiasm and knowledge and believe if they became design engineers we’d soon close the performance gap.”

For the future, despite the current crisis Gray vows to double its one hundred people membership during his tenure and believes that there is an important role in these challenging times of a networking club which helps keep people connected.

“The Rumford Club is an opportunity for old friends to meet and new ones to build connections. By joining and attending these dinners you get to talk to people you wouldn’t normally have a chance to meet and learn from a variety of experts in their fields. You get to hear from an interesting array of speakers on a fascinating range of topics, you get to meet some leading people from our sector and the food is pretty good.”

Previous: Are you looking for a social distancing solution for your lifts?
Next: Freedom secures contract extension with Northern Powergrid 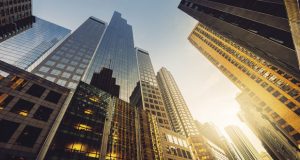