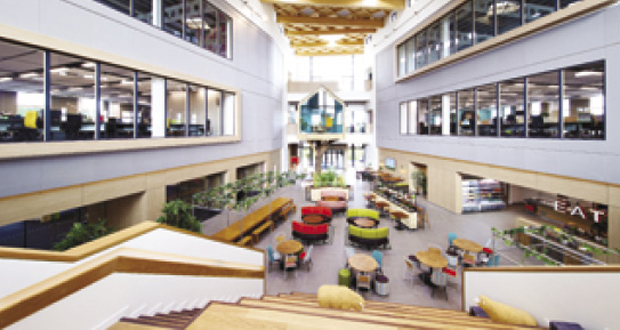 Future of the workplace

When FMJ held a webinar with leading outsourced communications provider, Moneypenny on how to deal with the challenges of COVID-19 in the workplace; the discussion ranged from maintaining good communications with clients to building trust between managers and dispersed staff

Recent research carried out by Moneypenny found that while almost half (45 per cent) of the office workers surveyed had already returned to the office, nearly two thirds (61 per cent) were working to a staggered start, break and finish times, in order to support social distancing. With so many people still working from home (WFH), we were keen to find out what this could mean for the workplace and the FM role, going forward?

Moneypenny’s Head of Operations, Ceri Henfrey reported that those customers who already used their switchboard service found it was a straightforward process to convert to home working because their phones could easily switch from desks to mobile. Simon Booth of Moore Kingston Smith extolled the value of communications technology in keeping lines of communication open. “Whereas before everything was anchored to the built environment, we are now using teams and other platforms for daily huddles,” he said.

Even before lockdown there was evidence of a stronger focus on wellbeing at work, with the growing acknowledgement that FMs do much more than just look after buildings. Yet according to Alan Hutchinson of Howard Kennedy LLP, some old perceptions persist. “During lockdown an old FM colleague of mine was asked, ‘how come you’re still busy if you’re not in the office, the toilets surely can’t be getting blocked?’ It’s amazing that the concept of facilities and workplace management is still very much focused on a building, when in fact there are so many other things being covered. ThIs crisis has highlighted the key role that FMs can play in keeping businesses going.”

WAYS OF WORKING
Simone Fenton-Jarvis of Ricoh believes the crisis has helped to demonstrate that we can change our bad working habits. For instance, travelling long distances for meetings. “It’s so much easier to meet virtually, saving so much time and effort, so in that way, there are some good things to have come out of this,” she said.

Another key takeaway from the effects of the lockdown believes FM Consultant Lucy Hind is a fundamental change to how we approach work and productivity. “Employers are now working towards more of an output model for their people. Rather than expecting staff to sit in front of a computer from nine to five, it’s about looking at the different ways people can actually work and allowing work patterns to change to a more flexible model.”

For his part Simon Booth says that we moved far away from the culture of spending long hours in the office, as the crisis has sped up the adoption of more flexible ways of working. He explained: “Most of the culture change wasn’t about whether agile working would happen, but then it happened in about 24 hours, it’s been the rate of change that’s been the curve ball for all of us.”

MONITORING WELLBEING
With so many individuals working remotely, the panel agreed that facilities managers are in a unique position to help monitor both their physical and mental wellbeing. After lockdown, Emma Doyle of the THB Group noticed that as time progressed, staff who’d assumed they’d be working from home for just a short period got in touch requesting ergonomic furniture to support home working.

When it comes to the mental health of those WFH, Lucy Hinds believes that FMs probably know more people within their organisation than individual managers. “I foresee that our role as FMs will change now, and with the level of flexibility being driven through business with WFH, our responsibilities will see us liaising with home workers on a day-to-day basis.”

FM has always been the hub of the office pointed out Simone Fenton-Jarvis and the value of this has been demonstrated through this crisis. “It will be a new strategy for many organisations to move past the building management stuff to looking at how we’re connected to all the people in the office.”

Checking on the welfare of those working away from the office is key agreed Alan Hutchinson which is why his organisation regularly surveys staff WFH. He added: “We follow up on the results and ensure that what needs to be tweaked is carried out, which means we shouldn’t shy away from asking those awkward questions.”

RETURN TO THE WORKPLACE
Since lockdown ended there hasn’t been a rush of people returning to the workplace. Moneypenny’s survey found that just over a third (34 per cent) of workers are entirely comfortable returning to the office, with 48 per cent admitting to having some concerns about COVID risks. Ceri Henfrey found that the reason clients choose their workers remain at home is because “it is working for them productivity wise and it’s what their people want.” But she pondered, “It’s the social side which is harder to crack. We’re remaining productive but is it as much fun without the office chat?”

Most of the panel planned to ‘test the water’, bringing people back into the office for part of the time, to help with social distancing. Said Emma Doyle: “Most offices in London have desks crammed into them so many organisations are looking at ways of splitting staff into smaller groups.” 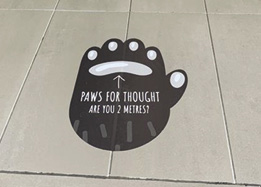 Alan Hutchinson was clear about what the post-Covid office shouldn’t look like. “Don’t use realms of hazard tape to seal off desks, as you’ll make it look like a crime scene. Instead aim for a welcoming space where people can be productive.” Ceri Henfrey was able to demonstrate the approach Moneypenny has used towards social distancing for its returning staff.

The panel concluded that the purpose of the workplace has changed. As Simon Booth summed up: “The office isn’t going to be what it was. People will only come in for specific reasons so we’ve got to be careful not to lose the communications between colleagues and ensure they get the best possible experience out of their time in the workplace.” 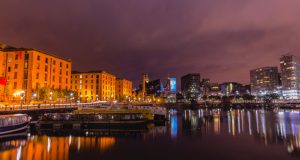 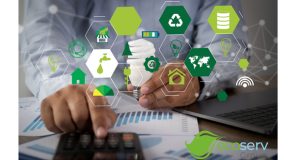